Reactions to our announcement of our intended trip to Slovenia:

It’s beautiful, a little jewel. Slovenia? Why? And 11 days? What will you do there? God, how do you come upon places like this? I now have to consult Google maps to see where Slovenia is. Whatever attracted you to that place must be interesting, and I am sure you will be seeing and doing a lot of things others don't. But you went to Prague last year, no?

And total silence from someone who didn't care, as long as we went away! 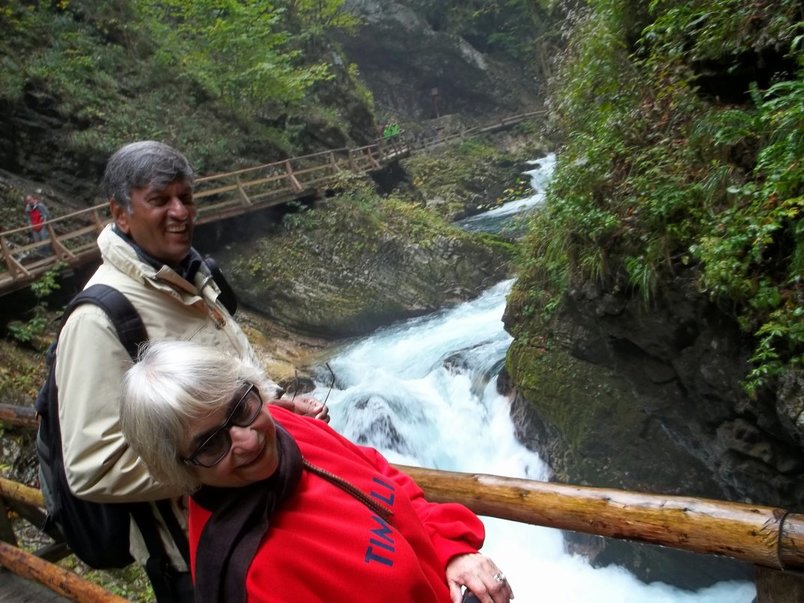 A few cars on the roads, hardly any people walking around - it is a bit unnerving for someone from India.  Naturally, Slovenia’s a tiny nation of a mere 2 million inhabitants over just a little over 20,000 square kilometres, the size of our neighbourhood – unimaginable! A very young nation, Slovenia came into its own on the breakup of Yugoslavia in 1991 and it is very proud to finally get its own identity after centuries of violence and subjugation by the Romans, the Austrians, and the Italians. 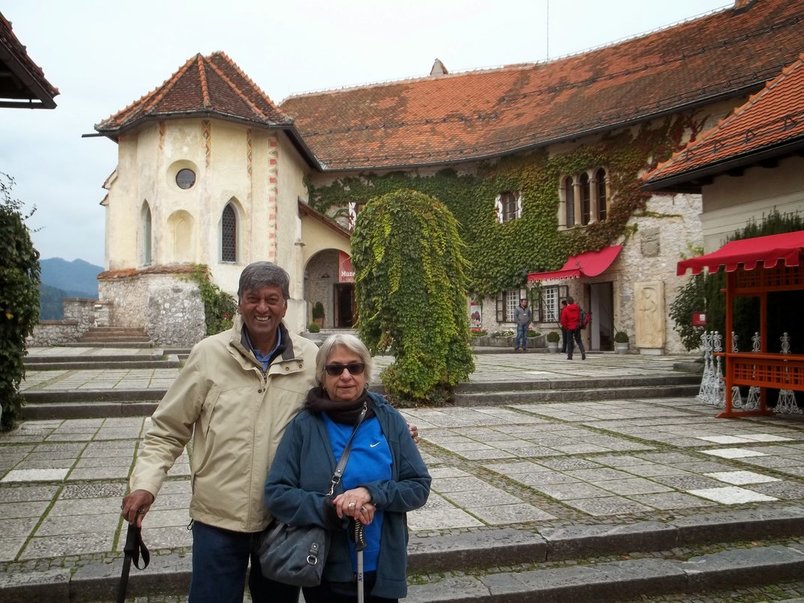 As the country is still fairly unknown, an English tourist who seemed to have lost his way and ended up in Slovenia, asked our lovely guide, Ivana, whether Slovenia was “ever part of the Colonies”, since she spoke English so beautifully.

“Fortunately, no!” she calmly replied. 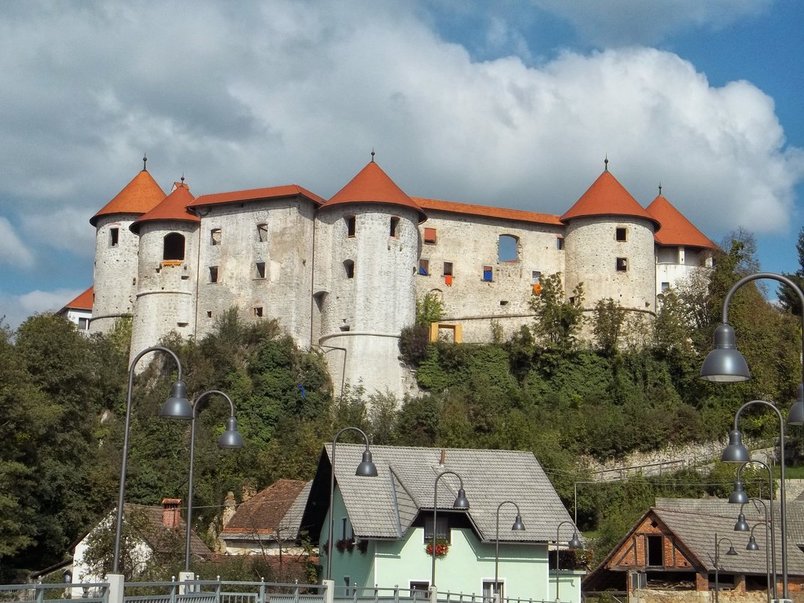 Nature, culture, and history make for comfortable bedfellows. Slovenia has something for everyone, be they a nature lover, a culture vulture or a youngster looking for adventures. Magnificent mountains, rolling green hills, hidden waterfalls, magical lakes, gorgeous gorges, rivers the colour of emeralds, a small coastline, mysterious cave systems (the best known, the Postojna cave, is world famous and well-deserving of recognition, too). You spot small self-supporting farmlands and vineyards, churches, castles (200!) built once upon a time, and museums that display proof of human habitation way back from the time of the Neanderthals. Not to forget the 60% forest cover the nation is determined to protect. Beautiful historic buildings are painstakingly restored and lovingly preserved, a lesson for other nations. 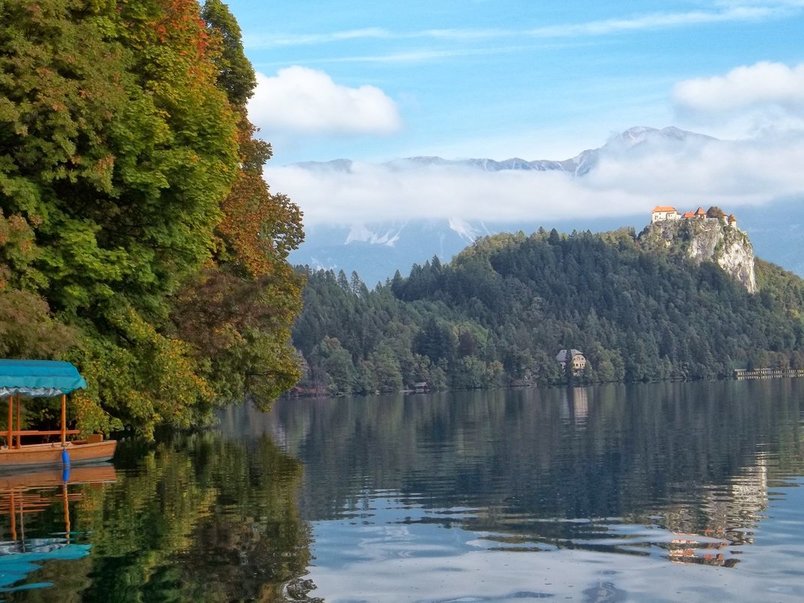 What strikes hard is the "oldness" of the entire country - castles, churches, lifestyle, all from the ancient times to the Middle Ages. Anywhere one goes it's "12th century this, 15th century that" - Australians or Americans travelling here just cannot fathom this amount of time. Churches, churches, everywhere, but not a soul to pray. Their priests invested 50m Euros in the stock market and lost it all. "God's will" they say. The people just shrugged and stopped going to church! 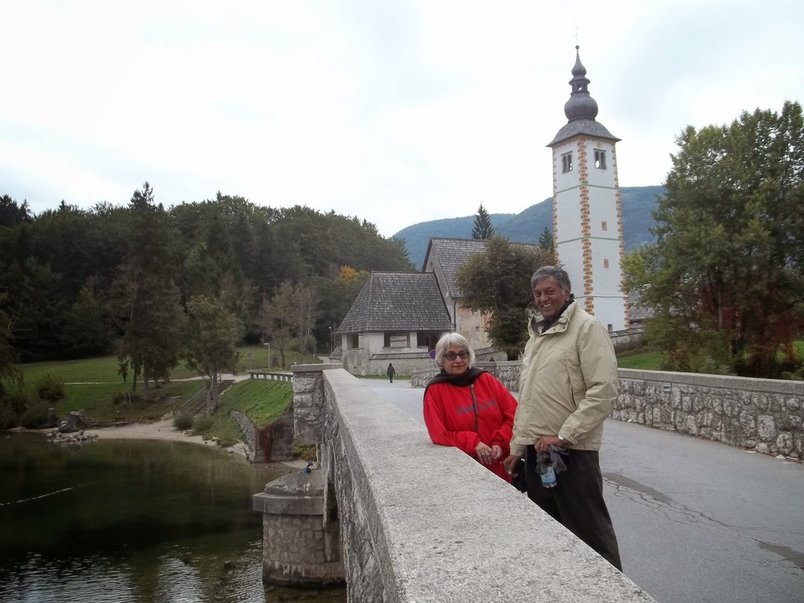 Diversity in nature and culture is mirrored in the diversity of the people. Almost fifty different dialects are spoken across the length and breadth of the land, thanks to the domination of Austria, Italy and Yugoslavia over the centuries. A wine grower from a family who've been growing vines for the past 10 generations informed us his grandfather was Austrian, his father Italian, he a Yugoslavian, and he proudly ended with, “And my children are Slovenian!” 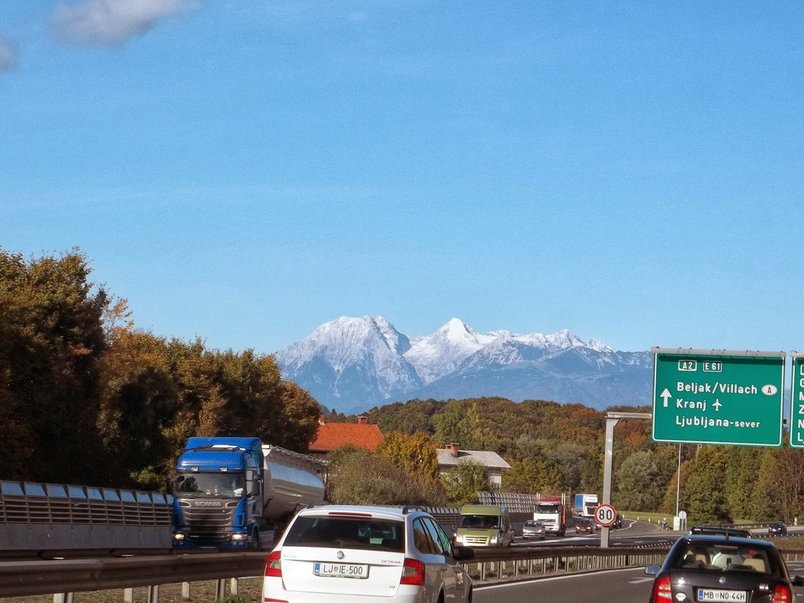 Kamnik-Savinja Alps behind a sign for Austria. Source: Indra Laxminaryayan

An Australian we met has been living in Germany for the past two years. “In Australia, you can drive miles and miles and still be in the same country. In Europe, you drive a few hours or even less, and you’re in a different country with different people, a different culture, a different tongue.