An enthusiastic guide drove us to the Karst (or limestone) region through small farmlands and pretty landscape all around. The village here has an ancient, almost forgotten church, their own leaning tower a la Pisa, and the highest stone arch in the world. 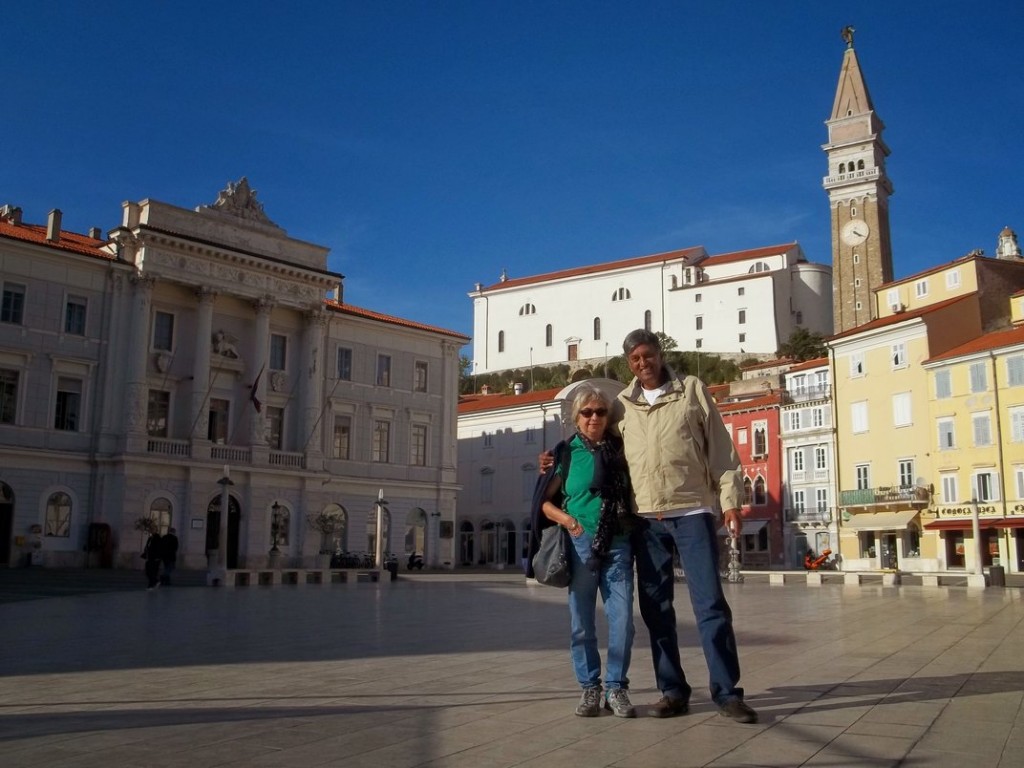 On to the port city of Piran on the legendary Adriatic Sea. Standing on the promontory, we had Croatia on our left, Venice up ahead, and the narrow coastline of Slovenia to our right. By the end of it all we were about ready to drop but, our boundlessly energetic guide offered to take us to meet his mother so that she could talk all evening about this “Indian couple who paid a visit”. One look at Lax’s pinched face, she very generously offered us a bottle of a miracle water, Donat, “to clear the blockages” as she rightly guessed we needed, what with all the cheese! 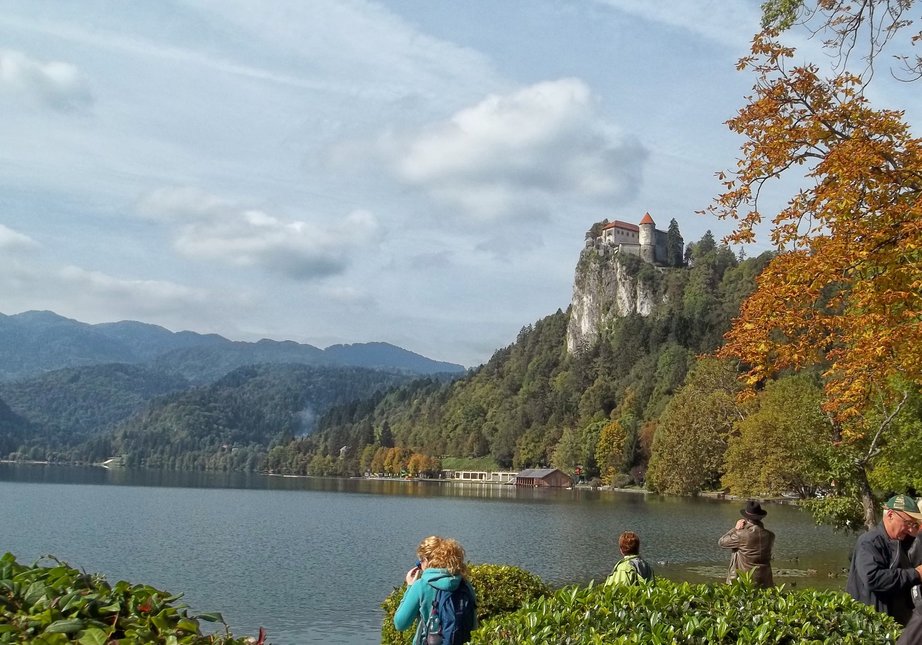 Nestling in the lap of the Julian Alps, the highest mountain range of Slovenia, lies the magical Lake Bled, with its cliff hanging Gothic castle, an islet with a Gothic church right in the centre of the blue waters, which must surely be the abode of fairies (another story here), also renowned for its natural hot springs. “Bollywood came here to shoot!” boasted our guide, an avid fan of song and dance. “No, buddy, it was Tollywood,” I gently corrected. All those ridiculous names for the biggest movie in the world, why not just Indian Film Industry? 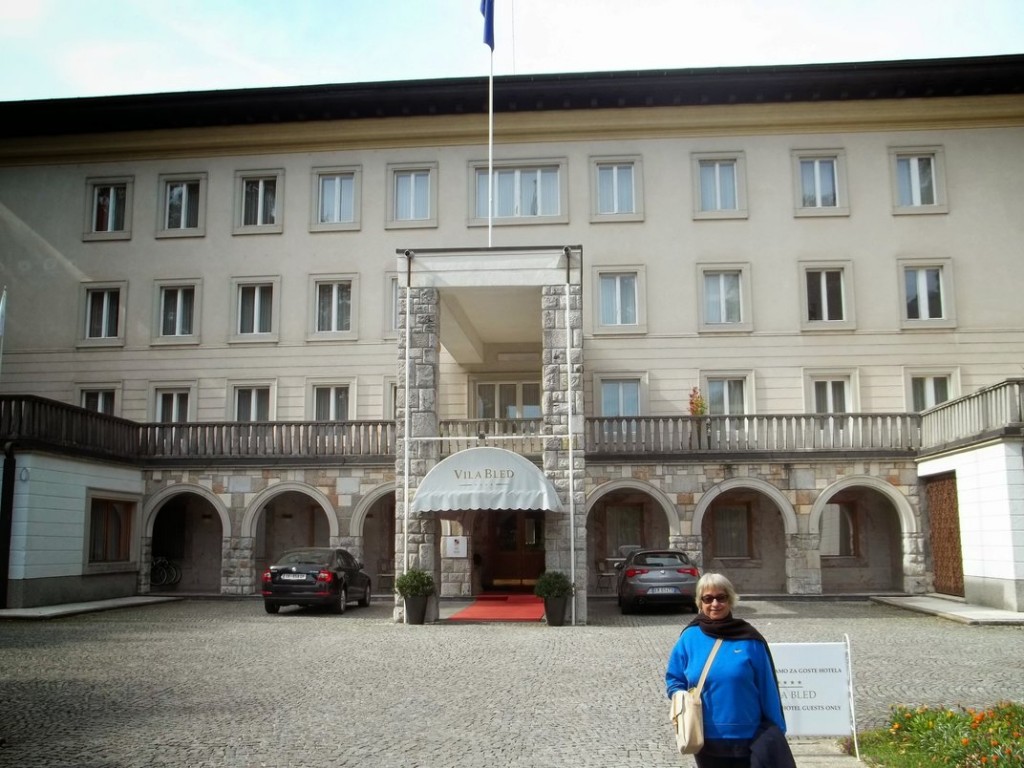 Lake Bled was the base for our forays into the region over the next 3 days. We were checked into an imposing hotel amidst acres of wooded grounds. Vila Bled, venue for some of the most historic summits of the heads of state of the Non-Aligned Nations’ and a holiday retreat of presidents, including the “socialist” Tito. Only 3 rooms occupied by living guests, the rest seemed to be inhabited by ghosts of presidents past.  We decided to check out of this remnant of history and opted for a more cheerful place full of busloads of chattering Taiwanese and American groups. 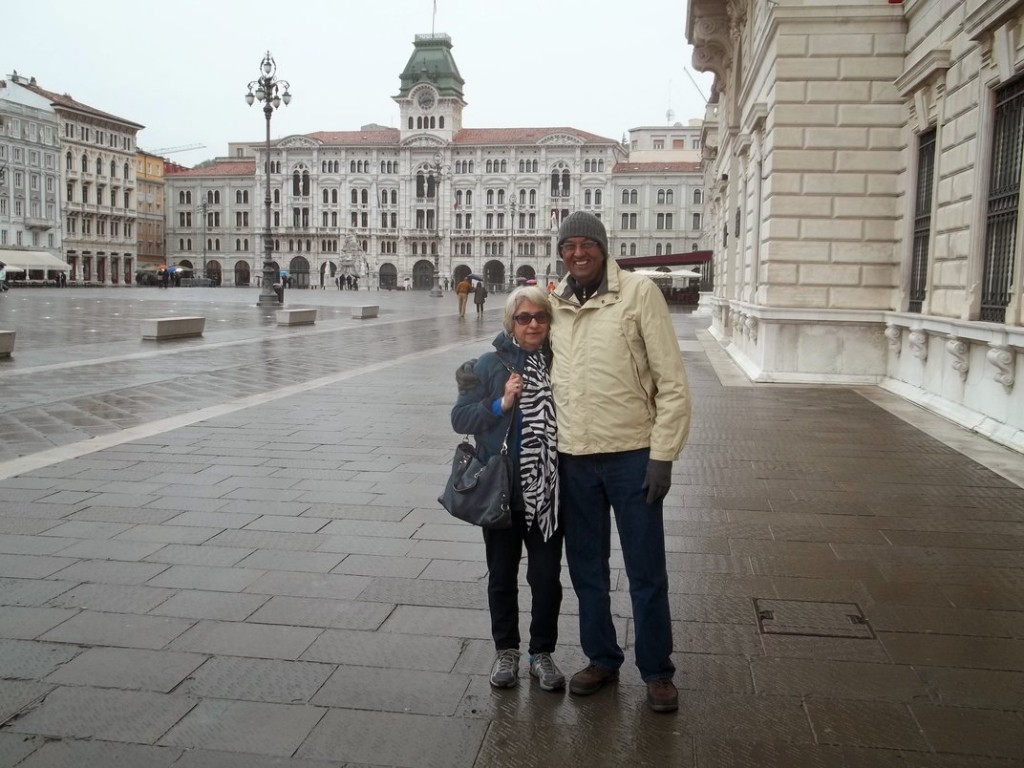 We followed with a quick visit to Trieste, Italy on the historic steam engine train to admire the Roman ruins, the beautiful Miramar gardens, and statues of my favourite Roman Gods. 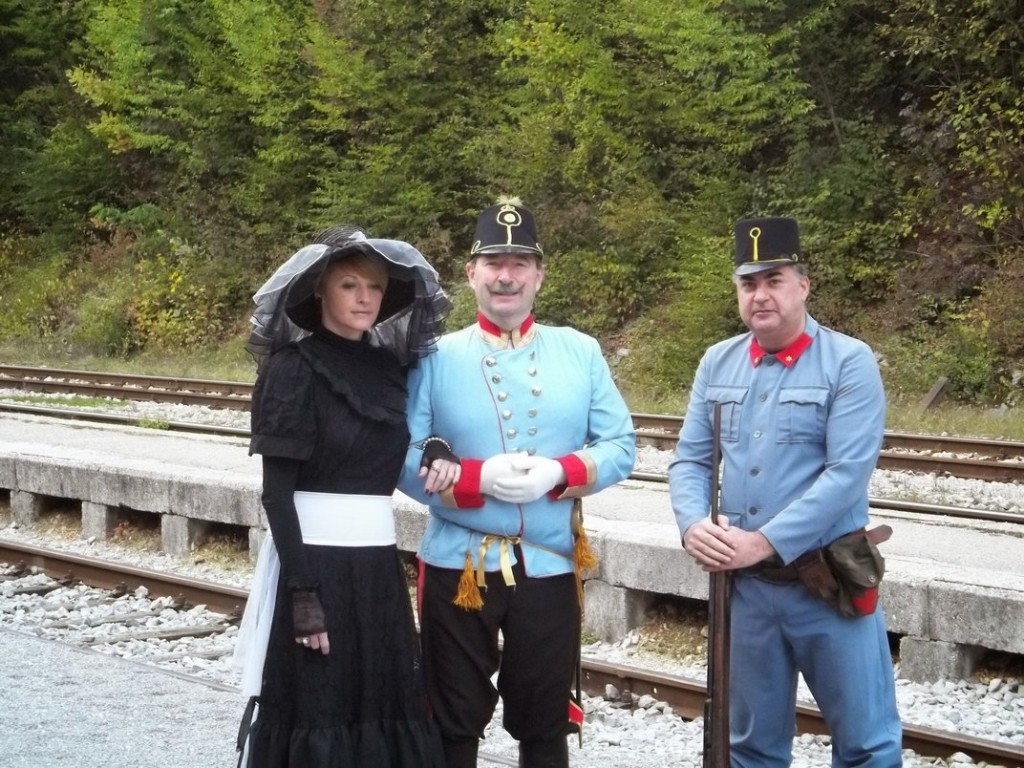 We missed our train back and thus began a thrilling race around curvy roads (thankfully deserted) to catch it at the third station!

Who says Eden is lost? Drive through nature’s glory, crisscrossing the Triglav National Park time and again, and you’re ready to believe you are back at the beginning of time when the world was a happy, simple, and peaceful place. Triglav (or Three Peaks) is the highest mountain in Slovenia. Primeval forests then dressed in the brilliant colours of autumn, are home to bears, mountain goats, deer, and grey wolves. 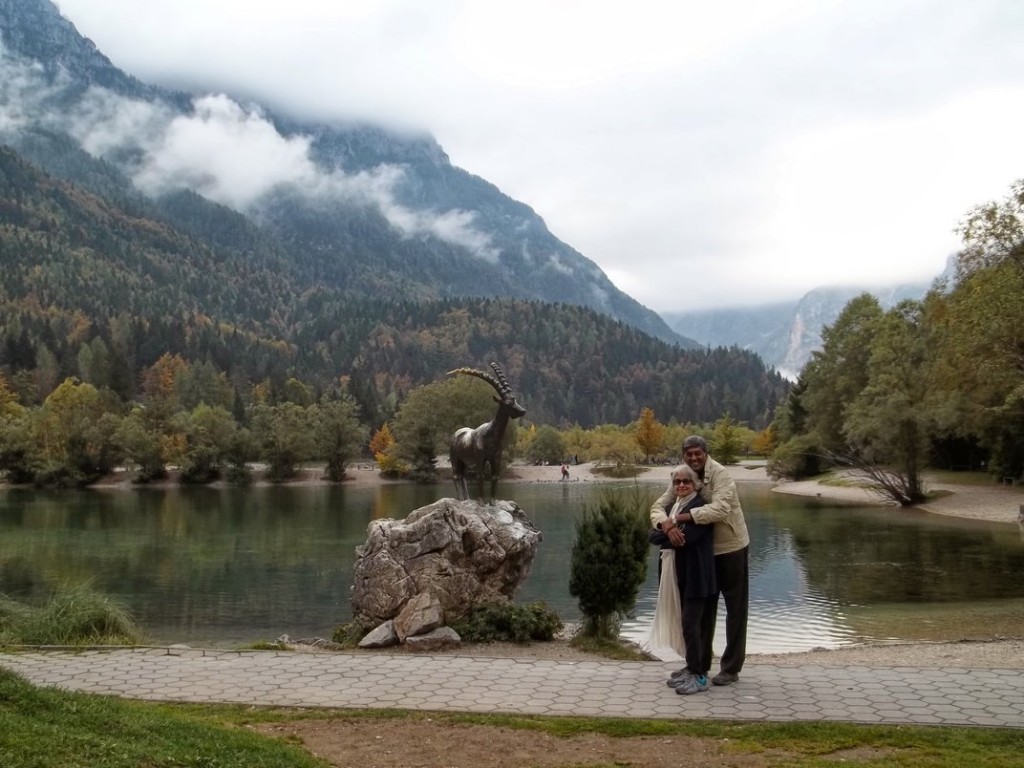 Lake Jasna at the foot of the Julian Alps. Source: Indra Laxminaryayan

High on the absolutely stunning Vrsic pass there is a lifelike image of a human face that was naturally carved high on a cliff side. Naturally, here’s another story for the grandchildren, embellished by their imaginative grandmother. 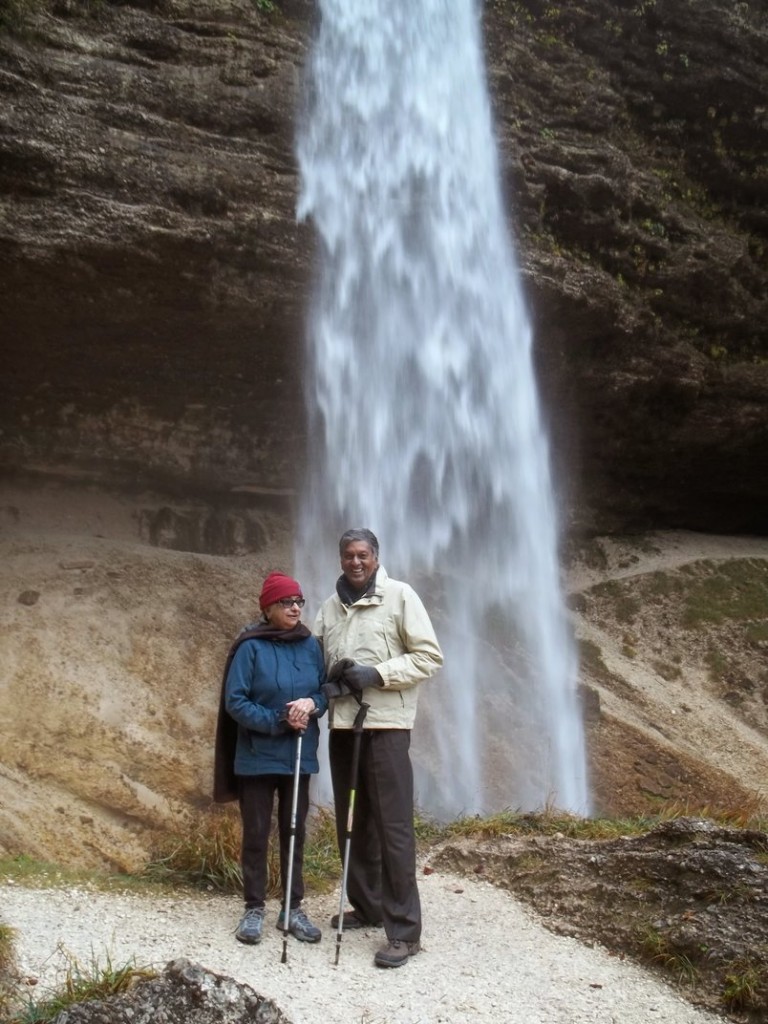 Interestingly, and achingly so, our young, beautiful guide (I call her Sunbird) seemed to have a rather high opinion of this aging couple and had encouraged us to climb 160 feet up a steep hill to admire a stunning waterfall. I had then made the mistake of telling her I felt good at having done that, so she did one better the next day. This time it was a long, arduous trek through a rough-hewn narrow path along a river, on ground all wet and slippery, because “you just have to see this magical waterfall”. I was about ready to give up, but she kindly held my hand all the way. Blaming her for making us make this climb, I thought of pushing her into the cold waters as I held her hand tightly. Let me confess, at the end of it all I mentally patted myself on the shoulder, “Not bad for an old lady, what?” 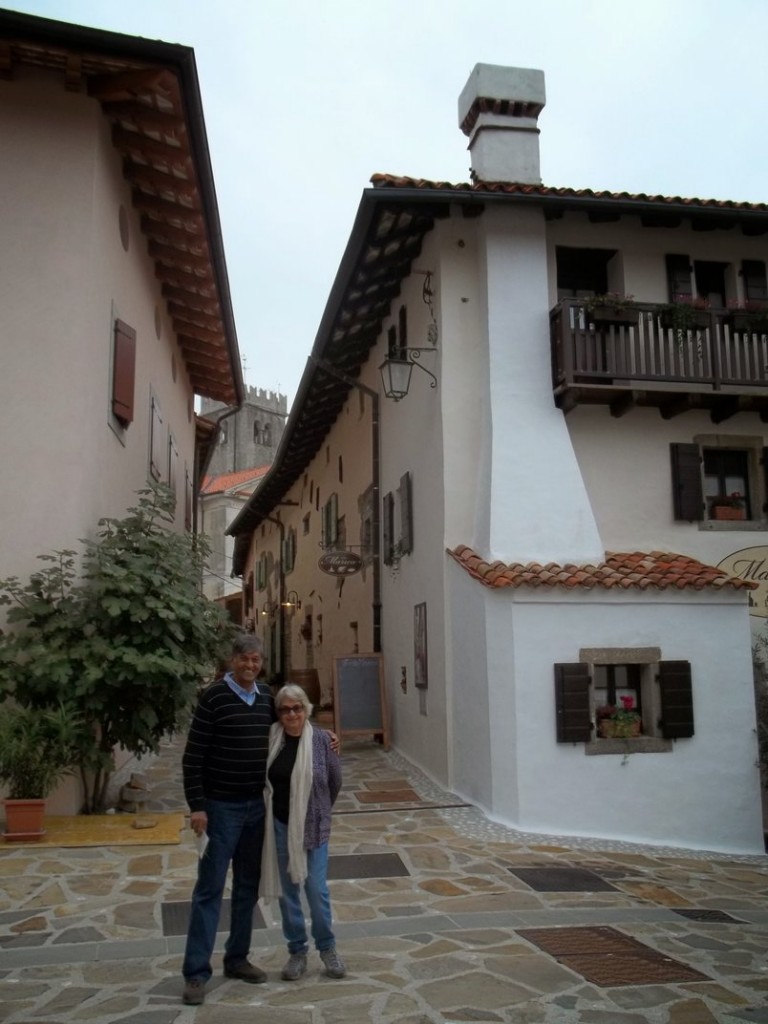 Down to the rolling hills of the wine region of Goriška Brda where Italy and Slovenia melt into each other. A totally different landscape from the mountains and valleys we’d lost our hearts to, the Brda region has a stunning beauty of its own. And wine region leads to wine tasting, right? At the wine cooperative we were offered their best – nine varieties!

Our last day when we spent the night in a 13th century chateau in the UNESCO Heritage town of Idrija, famous for its mercury mines and (highly priced) lace, and it was pretty gloomy. Heavens seemed to weep (as a bad writer might pen), wishing us “Nasvidenje” (Until we meet again). However on the way to the airport the next day, things cheered up and we finally got to have a first glimpse of fresh snow now dressing the top of the mountain slopes indicating the onset of winter.

A country we’re glad we visited, a fun trip, a hectic holiday – phew! Lax put it just right on return, “It’s so relaxing here at home, almost feels like a holiday”