Šmarna gora (or Šmarna mountain) is one of the most popular short hiking destinations for the locals of Ljubljana. It is an unmissable landmark with its distinct camel shape. At 669 metres above sea level, it makes for a convenient view point above the Ljubljana basin and a wonderful spot for a bit of cardio exercise. 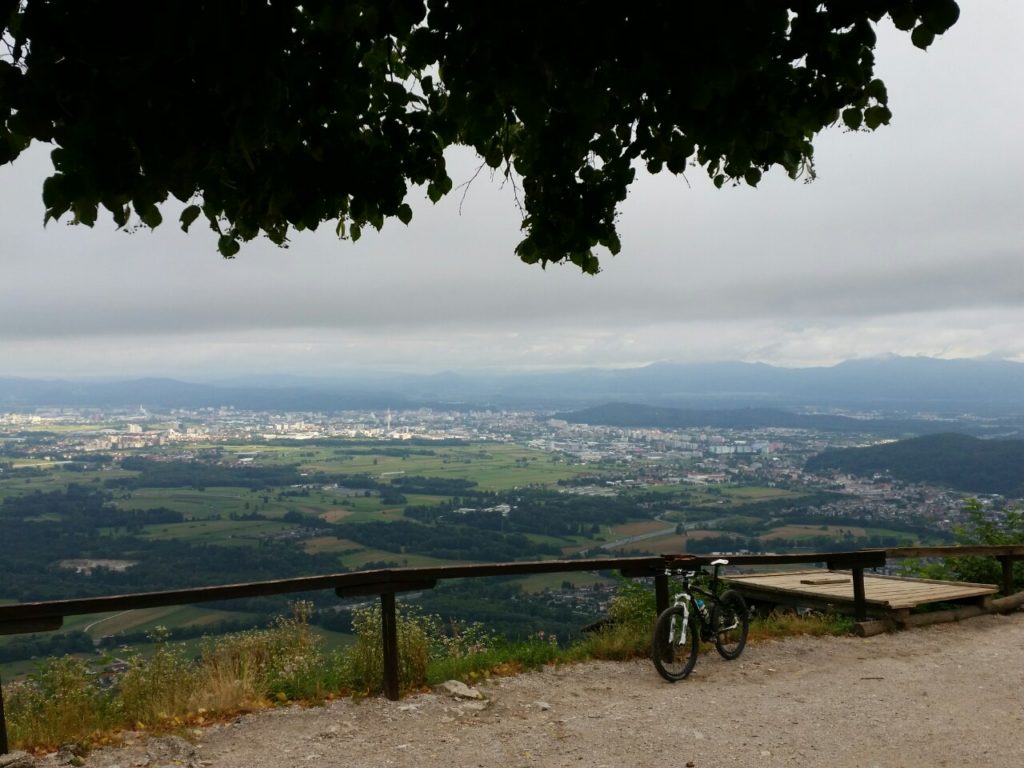 View of Ljubljana from the top. Author: Kristina Bole

There are over 20 different ways to get up, one more beautiful than the other, and they all lead up to the little church on top where you are rewarded with tremendous views. If that is not enough, there is also a restaurant that offers finger-licking traditional cuisine. 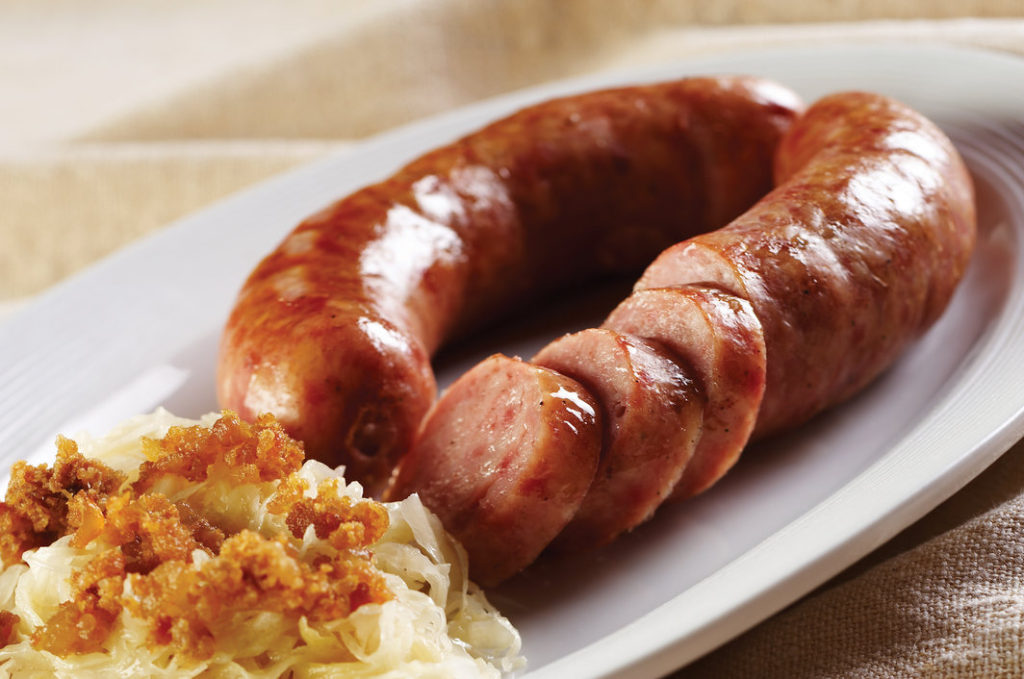 Kranjska sausage, one of many delicacies available on Šmarna gora. Source: Shutterstock

People of all ages flock to Šmarna gora, especially on sunny weekends, making it a lively and bustling destination. Its history is also an important part of people's lives - it has been a place of pilgrimage, a defence point against the Turkish raids, a meeting spot for mountaineers and even some important men of culture. The locals also turn to it for weather forecasts - it is said that when Šmarna gora "wears a hat" (a cloud or fog cover), it will continue to rain. The hill is also surrounded by numerous legends about the events that took place there and their origins. Here is one, from Dušica Kunaver's book Slovenian Folk Tales:

Šmarna gora and the giant Hrust

An old drawing of Ljubljana with Šmarna gora in the background. Source: Dušica Kunaver

Once upon a time, a level plain stretched where Šmarna gora stands today. It was the property of Hrust, a giant. All the farmers living there were afraid of the big, wicked giant, who stole their cattle and destroyed their fields. He lived in a cave on the other bank of the river Sava and a big dangerous dog was his only friend.

Kajžarjev Janez, the son of a poor peasant woman, decided to kill the giant.  A village blacksmith forged him a sharp sword. One day, early in the morning, Kajžarjev Janez took the sword and a bag with a rabbit in it, bid  goodbye to his tearful mother, and crossed the Sava river in a boat.

A light south-easterly wind was blowing, so Janez did not need to fear that the giant’s dog might pick up his scent. A few steps away from the cave, he stopped and prepared for battle. The giant’s dog woke up and sprang upon Janez, but he quickly opened the bag. The rabbit jumped out of it and ran away. The dog ran after the rabbit and so Janez got rid of the guard dog.

The giant woke up and came out of the cave. He sneezed so strongly that he blew Janez across the river into the crowd of people who stood there, watching the brave boy. The angry giant started to throw big stones at the boy across the river. In the evening, he was pleased to see the big heap of stones he had made. He was sure the boy was buried at the bottom. So he stepped over the river and sat on the top of the heap. He sank down into it, never to reappear. The boy escaped and came back to his village - to a hero’s welcome.

The place where the giant disappeared is seen today as the saddle between Šmarna gora and Grmada.

The owner of the nearby Smlednik castle had a daughter, who fell in love with Kajžarjev Janez. They married and lived happily ever after.