After a rainy train trip from Salzburg that unfortunately obscured our view as we traveled through the Alps, we arrived in Ljubljana on the 16th of June. After quickly ditching our bags we wandered into the centre of Ljubljana, a feat made particularly easy due to its no cars policy in the centre of the city. Lunch was first on the agenda and a lovely cafe provided us with the best hand-cut prosciutto I’ve had the pleasure of eating, amongst other delightful tapas.

Following a further wander throughout the city, it proved very quickly to be a beautiful place with lovely cobbled streets and a friendly atmosphere. A trip with the funicular up to the castle and its panoramic views of the city topped off our afternoon. Dinner was our first encounter with the delights of goulash, a dish that we rapidly added to our list of meals we would be attempting to recreate when we returned to Australia.

Up early the next morning we were off to the famous lake Bled. Upon arrival we were greeted overcast sky and not a breath of wind, which gave us postcard-worthy serenity as we glided across the mirror-like waters in the traditional ferries synonymous with the lake. 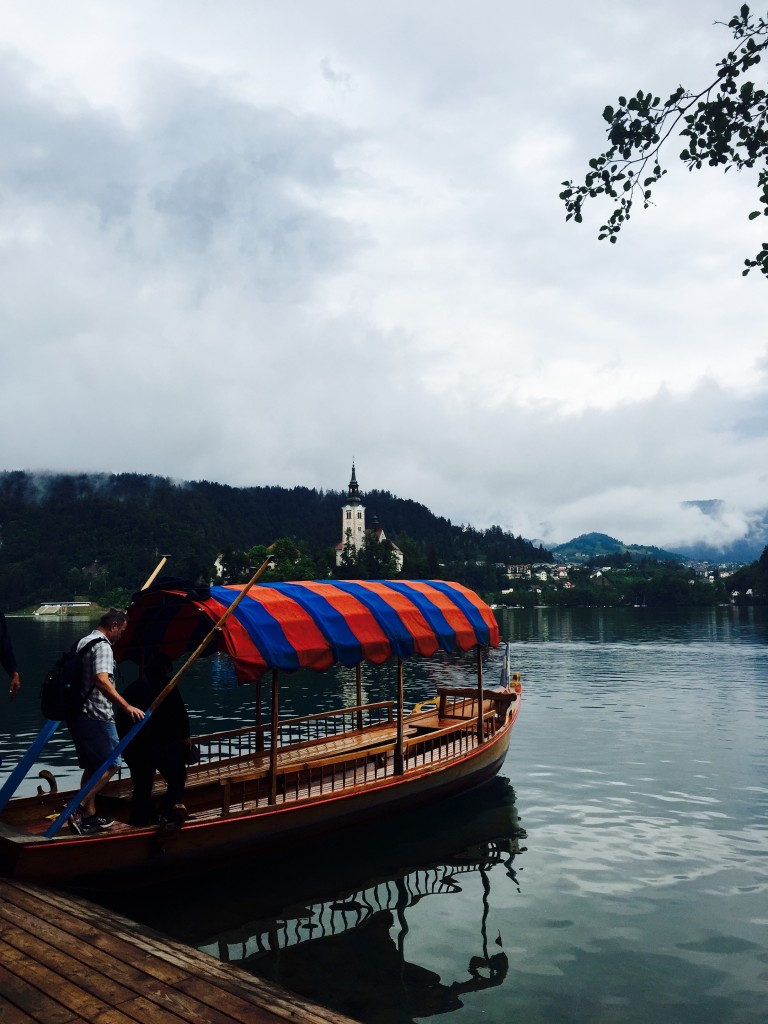 The boat was propelled by a peculiar method of rowing that looked quite difficult, but we arrived safely nonetheless. Fortunately for me, my wife wasn’t keen to try out the tradition of carrying her up the 100-odd steps to the chapel so we just took in the sights of the small island and a coffee before heading back to mainland.

As we made our way around to Bled castle the clouds burnt away, offering us another breathtaking view as the water turned from a silver mirror to a spectacular blue that I’m not sure is replicated anywhere else in the world. Nowhere better was this taken than from Bled castle, something best shown in a picture than described in words so behold: 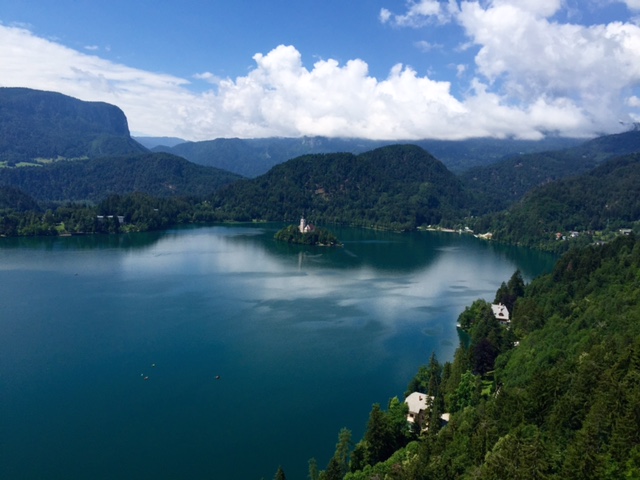 Back into the tour van we climbed and another great meal later we were on our way to Predjama Castle, a very unique castle with a very unique story involving a particularly stubborn knight, but I won’t ruin that for you, just make sure you go there. The journey there was also a great insight into the varied environment that makes up Slovenia, with just over an hour taking us from the foot of the alps to the within sight of the Adriatic sea, with the aftermath of a recent ice storm still scarring the local forest.

Next was the last stop of the day, Postojna Cave. A thoroughly enjoyable 10 minute train ride took us into the heart of the cave system where we disembarked and explored for over an hour. As with many European landmarks, the caves also had a modern role in history, being a fuel storage site for the Nazi’s which was sabotaged by the local resistance. Back into daylight we were thrust and back to Ljubljana we headed for an exquisite dinner of beer and local meat specialties at a brewery. In 36 hours we had seen parts of almost half the country, and were thoroughly impressed, but what we would see and do the next day would totally blow our socks off...